Our support to European Institutions initiatives

This section hosts those initiatives promoted by European institutions and to which Cittadinanzattiva-Active Citizenship Network has given formal follow-up, specifically in the form of responses to public consultations, or by being officially recognized as an Ambassador or official/associated partner in support of information campaigns and multi-annual programs launched in particular by the European Commission.

CONFERENCE ON THE FUTURE OF EUROPE

Announced at the end of 2019 with the aim of looking at the medium to long-term future of the EU and what reforms should be made to its policies and institutions, the Conference on the Future of Europe (CoFoE) represented a unique and timely opportunity for European citizens to debate on Europe’s challenges and priorities. The European Parliament, the Council and the European Commission have committed to listen to Europeans and to follow up, within their sphere of competences, on the recommendations made by citizens on future developments. Officially launched on Europe Day, 9 May 2021, the Conference was expected to reach conclusions and provide guidance on the future of Europe by spring 2022. During this time, a series of consultations across the continent were made, aiming to collect ideas for EU reform from European citizens. The goals, principles, governance and methodology of the Conference were laid down in a Joint Declaration, co-signed by the Presidents of the European Parliament, the European Commission and the Council on 10 March 2021. All Europeans, stakeholders and civil society representatives were invited to express their expectations of the European Union, feeding the debate on the future of Europe with contributions at the European, national, regional and local level.

In this context, Active Citizenship Network, the EU branch of the Italian NGO Cittadinanzattiva, launched on May 2021, as a follow up of the XV European Patients’ Rights Day, a cycle of EU Webinars titled “Health at the heart of the future of Europe” to highlight the priority of health as a common good in the debate of our and of the next generation, prescribing a healthier future for Europeans. Healthcare, well-being and a healthy lifestyle are vital for all of us. The Covid-19 pandemic has revealed a need to work together to build stronger health systems and protect European’s physical and mental health. While national governments are primarily responsible for healthcare and medical services, European Union health policies can support and strengthen this action. The cycle of initiatives organized by ACN during the second half of 2021 and first half of 2022 (June, July, September and December 2021, April 2022), with the direct involvement of MEPs, high level experts, leader of civic organizations, PAGs and citizens aimed to contribute to providing a multi-stakeholder vision for a Healthier European Union. By voicing their opinions, hopes and concerns, citizens can influence the way healthcare is provided in Europe. The webinars were realized in the framework of the MEPs Interest Group “European Patients’ Rights & Cross-Border Healthcare” (2019-2024 Term) and hosted by the multilingual FuturEU platform, created to enable citizens across the Union to share and exchange ideas and opinions through online events. As an output of the cycle, in the context of the XVI European Patients’ Rights Day (EPRD), the recommendations have been sent to the European Institutions as a contribution to the Conference on the Future of Europe (CoFoE) on the discussed topics. 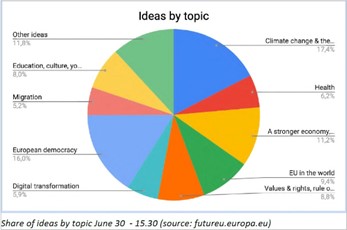 Invited by DG Employment, Social Affairs and Inclusion, since January 2020, we are officially recognized as an Ambassador of the European Pillar of Social Rights, a vital instrument to achieve social justice and equality in the EU. Our role is to support communication initiatives to spread the 20 principles of the Pillar and the importance of a social European dimension. Read more about our commitment: 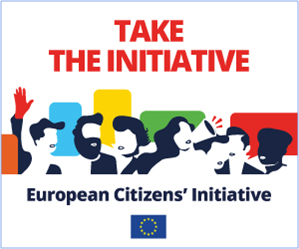 In coherence with our Statute, since 2020 we are also officially recognized as an European Citizens’ Initiative ambassador, that enables Europeans to take an active part in EU policymaking by calling on the European Commission to propose new laws on issues they care about.

They come from a wide range of organisations active at the European, national or regional level, and they all have something in common – expertise in participatory democracy and a common goal to encourage citizens’ involvement in policymaking. The European Citizens' Initiative is a unique way for you to help shape the EU by calling on the European Commission to propose new laws. Once an initiative has reached 1 million signatures, the Commission will decide on what action to take. See here how it works step by step.

As official member of “Active Citizenship Structured Dialogue Group”, led by the EU Commission-DG Migration and Home Affairs, the EU platform dealing with civic participation, since many years we have been committed to support the Europe for Citizens Programme, and for three years in a row, 2013, 2014 and 2015, we have won European projects supporting this Programme.

YOUR PASSENGER RIGHTS AT HAND

In line with its long-term commitment at the national level in the protection of citizens’ rights in the field of public transportation, Cittadinanzattiva-Active Citizenship Network has been officially recognized as an official partner for the “Your passenger rights at hand”, led by DG Move. The European Commission launched its last passenger rights information campaign for all modes of transport and for all Member States on 2013 and until December 2015. To know more about the policy of Cittadinanzattiva on mobility and transport, click here (EN – IT).

Organized by the EU Commission DG Energy, the European Sustainable Energy Week (EUSEW) is the biggest annual event dedicated to renewables and efficient energy use in Europe and comprises a series of activities aimed at building a secure energy future for Europe.

In line with its long-term commitment at the national and EU level in the energy policies,  Cittadinanzattiva-Active Citizenship Network has become involved and participated to several EUSEW editions. Read more about our engagement in 2017 and 2022.

...and official partner of

Since 2011 Cittadinanzattiva participates in “Connect4Climate”, the initiative for global cooperation on climate change led by the World Bank, with the objective of increasing awareness regarding the causes and consequences of climate change.

As of 2022, Connect4Climate is a World Bank Group Multi-Donor Trust Fund powered by Italy’s Ministry for Ecological Transition and Germany’s Federal Ministry for Economic Cooperation and Development that drives climate action through advocacy, partnerships, and creative communications. To know more about our commitment on climate change, click here.