The challenge of chronic pain: from the European agenda into the European culture
Chronic pain was part of the list of priorities of the EU during the Italian Presidency, during the second part of 2014. Accordingly, and for the first time, the issue on pain was brought to the attention of all EU health ministers. For all those who have worked for this important result it was certainly gratifying, but there is not an insignificant challenge ahead: to reduce the impact of chronic pain in Europe by ensuring that the right to avoid unnecessary suffering and pain (11th Right in the EU Charter of Patient Rights) is guaranteed everywhere and to everyone.

At present, unfortunately, the situation is not as well as the survey carried out in 18 countries by Active Citizenship Network and Pain Alliance Europe has highlighted, with serious repercussions not only from the social point of view but also from the economic one. Therefore, it is time to join forces and work as a team.
On 23-24th May 2016 during the symposium meeting of the SIP-Societal Impact of Pain in Brussels, the constituency on pain took important steps concerning the impact of chronic pain on individuals’ life. A set of eight fundamental policy recommendations resulted from this collaboration among associations of chronic pain patients, healthcare practitioners, researchers, scientists and other stakeholders involved in pain care. Hereafter the key recommendations directed at the institutions of the European Union and national governments:

These eight policy recommendations represented an important starting point in the development of a better European policy addressing chronic pain management, and we appreciate the decision to add pain to its agenda made by the Innovative Medicines Initiative (IMI) on December 2016.

However, it is still necessary to take concrete action against unnecessary pain. These eight policies cannot work only as recommendations, they need to be reinforced and implemented concretely among states.
We are aware that European Union works at different levels and we need not only to identify priorities and recommendations, or get the commitment of the Institutions, but we also need to promote concrete activities, involving all the stakeholders interested to play an active role.

For this reason, our commitment could be that of transferring what we have achieved from the European agenda into the European culture: that is, to raise awareness, fight stigma, improve quality of life for people suffering from acute and severe chronic pain, reduce the socio-economic impact of chronic pain in Europe by ensuring that the right to avoid unnecessary suffering is guaranteed everywhere and to everyone.
With the same aim, and - in general - to contribute to make the invisible visible on chronic pain, Sine Dolore and Active Citizenship Network have promoted the “Pain Euro-Mediterranean Coalition”. This idea was launched last June 2016 during the event realised at the EU Parliament “Pain therapy and the degree of patient’s pain in the age of cross-border healthcare”, and it received the support of the MEPs Interest Group “European Patients' Rights and Cross-border Healthcare”. 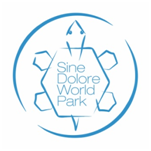 In order to exploit this geographical impact on chronic pain management, the idea behind this coalition is to join the forces among the countries within the Mediterranean area. 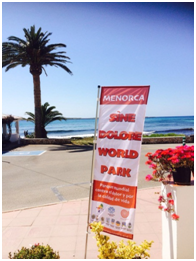 In response to  the slogan of SIP 2016 “Time for Action”, there is the willing from Active Citizenship Network and Sine Dolore to collaborate for the development of concrete efforts against unnecessary pain. This Coalition aims to be:

Thus, the diversity of members within the Coalition will strengthen collaborations among all the relevant stakeholders. At the same time, the different perspectives shared will enrich European and national experiences, expertise, data and benchmarking on chronic pain. 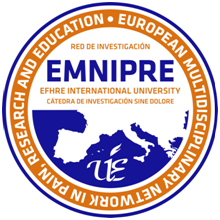 Constituency
The first enthusiastic actors who have decided to join the Coalition (but applications for membership are still open) are:

Honorary members
In November 2019 the four winners of the second edition of the “EU Civic Prize on Chronic Pain – Collection of good practices”, promoted by Active Citizenship Network, were recognized as honorary members of the Pain Euro-Mediterranean Coalition. The four honorary members are: Monika Benson Executive Director of Dystonia Europe (Belgium), Marine Cotty Director of Lucine Group (France), Paolo Notaro Pain Care Unit Director Niguarda Hospital (Italy), Janosch Priebe Senior research fellow, Center of Interdisciplinary Pain Medicine, Technical University of Munich (Germany).
The four best practices in the field of pain were awarded at the Concert Noble in Brussels, which took place on the 6th of November in the framework of the Societal Impact of Pain (SIP) 2019 Symposium.
For the category “patients empowerment” the winner was "MyDystonia – a Digital Diary for Dystonia Patients by Dystonia Patients" by the civic organization Dystonia Europe, Belgium (see the video of "MyDystonia”). In the field of “innovation” the winner was “DTX FOR PAIN”, by Lucine Group, France (see the video of “DTX FOR PAIN"). “Supporting Local Pain Care Network development and Patient Empowerment Through M-Health: the Case of the RED App, a Compass for Patients and Healthcare Professionals” by Niguarda Hospital, Italy was the selected winner for “professional education”(see the video of "RED App”). Finally, the selected winner for “clinical practices” was Rise-uP” by Center of Interdisciplinary Pain Medicine, Dep. of Neurology, MRI Munich, Technical University of Munich, Germany (see the video of " Rise-uP”). To learn more, click here. 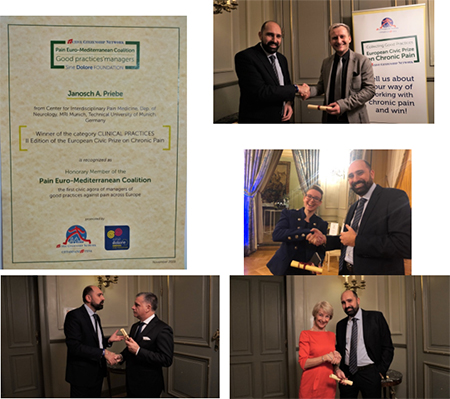 Sine Pain Association is a non-profit organisation, whose main purpose is to inform and advise patients who suffer from chronic pain. Sine Dolore encourages and promotes research on  pain syndromes and we help to improve the treatment of patients with acute and chronic pain, which brings together basic scientists, physicians and other health professionals from different disciplines and areas of common interest in pain research and the treatment.
For further information: http://sinedolore.org/

Active Citizenship Network (ACN) is one of the most widespread and flexible European networks, composed by more than 100 civic, patients and users organizations. Established in 2001, it is coordinated by Cittadinanzattiva, the Italian non-profit organization founded in 1978, independent from any political affiliation, trade unions, private companies and public institutions. The main objectives of ACN are the promotion of civic activism & participation in the political arena, as well as the protection of citizens’ rights, which are both the strength and the uniqueness of ACN.

To know more the engagement of Cittadinanzattiva in the fight against useless pain, at national and EU level: https://acn.makenext.online/about-us/our-priorities/179-the-engagement-of-cittadinanzattiva-in-the-fight-against-useless-pain.html